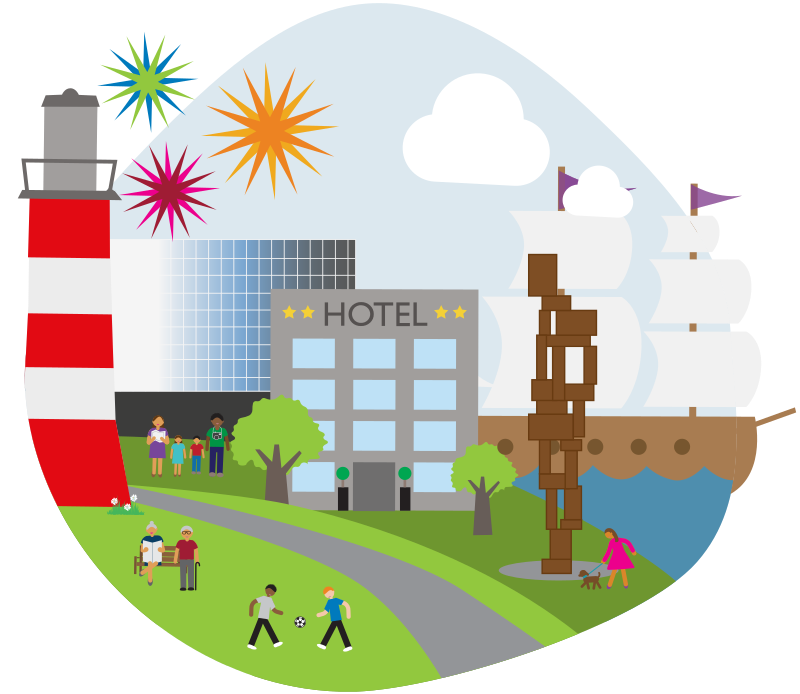 About > Plan Structure > An International City

Where we are trying to get to

PLYMOUTH AS AN INTERNATIONAL CITY

This is about how the city projects itself to the wider world, to people who might invest in or visit the city, the sense of pride that local people take in their city and how Plymouth's businesses engage with an increasingly global market place.

Plymouth has adopted the branding of Britain's Ocean City, reflecting the pride that the city takes in its unique maritime heritage and stunning setting, but also the city's ambition and its confidence in what is has to offer. However, to be known as an international city it is vital that Plymouth realises greater value from its unique assets.

Plymouth has a strong consensus around its aspirations to be recognised at an international level for being: a waterfront city; a university with world-wide reputation and world-class assets in relation to marine science and technologies; one of the finest regional theatres in the country; and a maritime heritage of world-wide significance, including Sir Francis Drake and the Spanish Armada, and the sailing of the Mayflower Pilgrims.

The 400th anniversary of the sailing of the Mayflower (Mayflower 400) in 2020 provides the potential for an internationally significant event. It will be a unique, once in a lifetime opportunity to present 'Britain's Ocean City' to the world and can act as a driver for business growth in marine and related industries, the visitor economy, the culture of the city and raising the city's profile and reputation in the global market place. It also provides an opportunity to 17 engage with the local community, to engender civic pride and to develop legacy projects and significant partner relationships with overseas communities with links to the Mayflower story. These and other unique assets need to be used to Plymouth’s advantage.

Although Plymouth is a relatively strong exporter of goods, export growth is an appropriate intent for an international city. The city It has considerable marine, medical/healthcare, advanced manufacturing and tourism strengths, with a number of international businesses, and there is clearly potential for businesses to do more to reap the economic rewards from international trade.

What we are trying to achieve

Plymouth is internationally renowned as Britain's Ocean City and is the UK's premier marine city, famous for its waterfront and being home to the UK’s first National Marine Park. It is recognised as unique among UK cities for its natural drama and for its 500 year old history as a place of embarkation and exploration. Plymouth’s continuing journey towards a world leading marine city supports the cultural experiences it offers to visitors who are looking for authenticity and character. The city's world class universities and research institutions are recognised for their innovation, and Plymouth is a place where businesses can capitalise on a unique economic position and talented workforce. Visitors from around the world are welcomed to a city that provides a diverse cultural experience and a perfect base for enjoying the city’s surrounds, land and marine. Plymouth is an international city that local communities can enjoy, be a part of and be proud of.

Plymouth is a city with assets that are internationally significant. They are assets which if harnessed correctly will play a major role in supporting the long term transformation of the city and the achievement of its vision to be known as one of Europe's most vibrant waterfront cities.

Plymouth has a world class natural setting. With the backdrop of Dartmoor to the north, it has an outstanding waterfront with the deep harbour of Plymouth Sound to the south and the estuaries and rivers of the Plym and Tamar to the east and west. It is also in close proximity to some of the best beaches and landscapes in the UK.

The city’s maritime heritage is one of worldwide significance, including Sir Francis Drake and the Spanish Armada and the sailing of the Mayflower Pilgrims. With dramatic views across the Sound, Plymouth Hoe and its historic waterfront also provides a natural auditorium for national and international events and is the location of the iconic Smeaton’s Tower and one of the finest art deco lidos in England. Additionally, Royal William Yard is considered to be one of the most important groups of historic military buildings in Britain, and includes the largest collection of Grade 1 listed military buildings in Europe. The extensive Waterfront connects Mount Batten Watersports Centre and South Hams with the historic naval dockyard at Devonport and Mount Edgecombe with the South West Coast Path a nationally significant trail at its heart.

Plymouth also plays host to significant national attractions with one of the finest and best attended regional theatres in the country (Theatre Royal Plymouth), the National Marine Aquarium, The Box and Plymouth Life Centre.

To enhance Plymouth's profile as an international city where the city projects itself to people who might invest, study or visit the city; to encourage and support Plymouth's businesses to engage in trading terms in an increasingly global market place; and to ensure the city fulfils its potential as a distinctive, dynamic, cultural centre of international renown. This will be achieved by:

How we will know if we've been successful

B. Plymouth is internationally renowned as a leading UK tourist destination.

E. Plymouth's reputation is strengthened as a welcoming, multicultural city where a broad range of partners promote the benefits of diversity.

View our progress against the primary indicators on the delivery of the Plymouth Plan on the DATA Plymouth website.

The Plymouth Plan's Spatial Strategy is set out in the Plymouth and South West Devon Joint Local Plan (JLP). A key element of this strategy is providing an understanding of how and where change will take place over time, to deliver the vision set out in the Plan, and articulating Plymouth's strategic role within the South West.

This is about enabling all of the city’s people to enjoy an outstanding quality of life, including happy, healthy, safe and fulfilled lives. 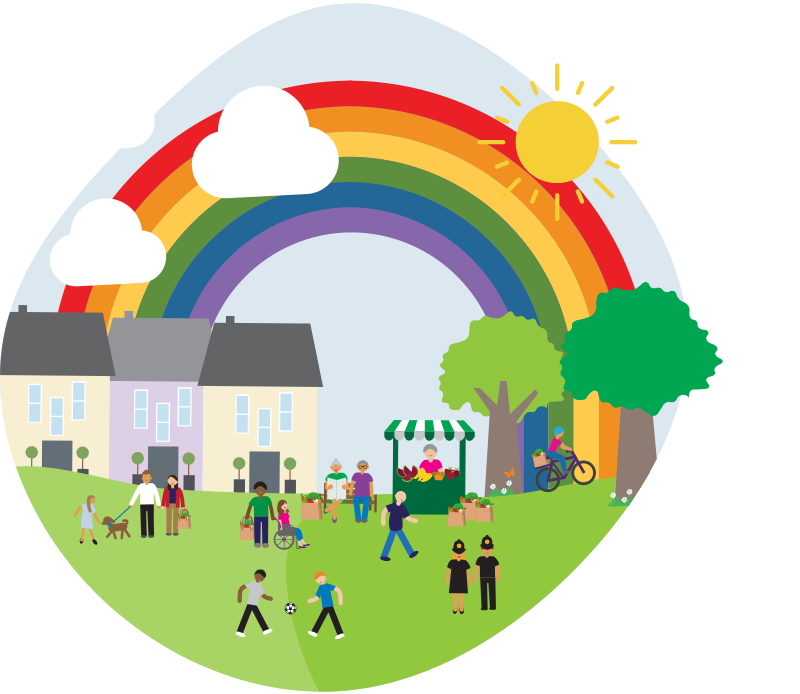 It looks like you are using an outdated browser (Internet Explorer) - some features of this site may not function correctly. Please consider updating to a modern browser like Chrome, Firefox or Microsoft Edge,